"What'd I Miss" is a song from the musical of Hamilton. It features Thomas Jefferson returning to Virginia from France, and asking on what did he missed out on.

1789
How does the bastard orphan
Immigrant decorated war vet
Unite the colonies through more debt?
Fight the other founding fathers 'til he has to forfeit?
Have it all, lose it all
You ready for more yet?
Treasury Secretary. Washington's the President
Ev'ry American experiment sets a precedent
Not so fast. Someone came along to resist him
Pissed him off until we had a two-party system

You haven't met him yet, you haven't had the chance
'Cause he's been kickin' ass as the ambassador to France
But someone's gotta keep the American promise
You simply must meet Thomas. Thomas!

I helped Lafayette draft a declaration
Then I said, 'I gotta go
I gotta be in Monticello.'
Now the work at home begins

So what'd I miss?
What'd I miss?
Virginia, my home sweet home, I wanna give you a kiss
I've been in Paris meeting lots of different ladies
I guess I basic'lly missed the late eighties
I traveled the wide, wide world and came back to this

There's a letter on my desk from the President
Haven't even put my bags down yet
Sally be a lamb, darlin', won't cha open it?
It says the President's assembling a cabinet
And that I am to be the Secretary of State, great!
And that I'm already Senate-approved
I just got home and now I'm headed up to New York

Lookin' at the rolling fields
I can't believe that we are free
Ready to face
Whatever's awaiting
Me in N.Y.C.

But who's waitin' for me when I step in the place?
My friend James Madison, red in the face
He grabs my arm and I respond
"What's goin' on?" (Aaa-ooo!)

Thomas, we are engaged in a battle for our nation's very soul
Can you get us out of the mess we're in?

Hamilton's new financial plan is nothing less
Than government control
I've been fighting for the South alone
Where have you been?

We have to win

Headfirst into a political abyss!

I have my first cabinet meeting today (chicka-pow!)

Mr. Jefferson, welcome home
Sir, you've been off in Paris for so long!

So what did I miss? 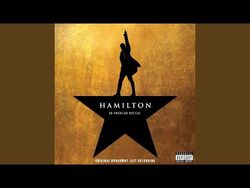 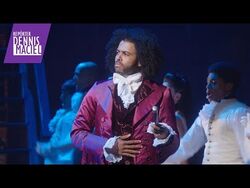 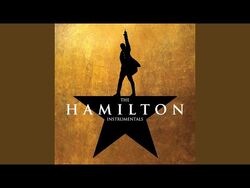 What'd I Miss? (Instrumental)
Instrumental
Add a photo to this gallery

Add a photo to this gallery
Retrieved from "https://villainsong.fandom.com/wiki/What%27d_I_Miss?oldid=28845"
Community content is available under CC-BY-SA unless otherwise noted.