This Jesus Must Die

This Jesus Must Die

"This Jesus Must Die" is from the musical Jesus Christ Super Star. It features Caiaphas and other priests questioning how to kill Jesus Christ.

Good Caiaphas, the council waits for you
The Pharisees and priests are here for you

Ah, gentlemen, you know why we are here
We've not much time and quite a problem here

Listen to that howling mob of blockheads in the street!
A trick or two with lepers and the whole town's on its feet

Jesus Christ, Superstar
Tell us that you're who we say you are

A rabble rousing mission that I think we must abort

Look Caiaphas, they're outside our yard

No, wait - we need a more permanent solution to our problem

What then to do about Jesus of Nazareth
Miracle wonderman, hero of fools?

No riots, no army, no fighting, no slogans

One thing I'll say for him: Jesus is cool

But how can we stop him? His glamour increases
By leaps every minute; he's top of the poll

Our elimination because of one man

What then to do about this Jesusmania?

How do we deal with the carpenter king?

Where do we start with a man who is bigger
Than John was when John did his Baptism thing?

Must die, must die, this Jesus must die

So like John before him, this Jesus must die

Must die, must die, this Jesus must
Jesus must, Jesus must die 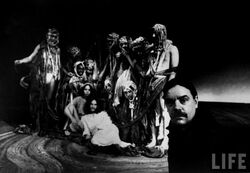 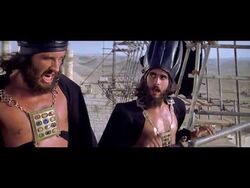 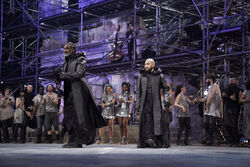 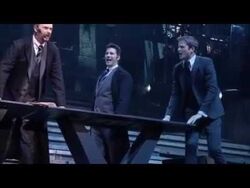 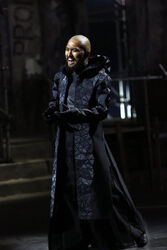 This Jesus Must Die
Live
Add a photo to this gallery
Retrieved from "https://villainsong.fandom.com/wiki/This_Jesus_Must_Die?oldid=23864"
Community content is available under CC-BY-SA unless otherwise noted.