Movie Song
"Shiver My Timbers" is a song from the 1996 film Muppet Treasure Island. It is the opening song in the film and plays as Captain Flint and his crew bury treasure.

It was dark a tale as was ever was told
Of the lust for treasure
And the love of gold!

Shiver my timbers, shiver my bones
Yo ho, heave ho
There are secrets that sleep with old Davy Jones
Yo ho heave ho

When the mainsail's set and the anchor's weighed
There's no turning back from any course that's laid
And when greed and villainy sail the sea
You can bet your boots, there'll be treachery! 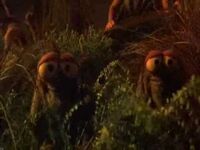 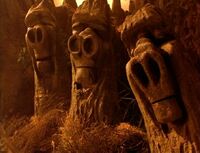 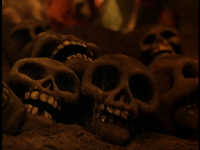