"Sex Offender Shuffle" is a parody of the Chicago Bears Shuffle' Crew. It feature state of Florida's sex offender and their sexual crimes by the Miami department.

[As a resident of Miami-Dade county it is your right to know the names and likenesses of sex offenders living in your area. As a public service, we've created this videotape, so that you and your friends and family can stay aware, stay safe and maybe even have a little fun. Enjoy.]

The State of Florida has asked us to
Disclose our sexual crimes to you
We were bad, but now we're good
We're moving into your neighborhood
You know we're trying our best to be
Functioning members of society
We're not here to start no trouble
We're legally required to do the sex offender shuffle

I'm Larry Arthur and I'll refrain
From touching my neighbors kid's again
What I did was not too kind
But I'm a nice guy, you'll come to find
I've got a backyard and a real nice pool
Y'all should come over for a BBQ
We could make some cold drinks in my blender
But do keep in mind I'm a sex offender

Vernon Douglas is my name
My battery arrest is what bought me fame
But there's much more to know about me
I love to dance, and I love to ski
I zip and zoom on through the snow
Just strap on my boots and watch me go
But I can't ski until December
Till then I'm just a sex offender

I'm Charles Dolling, dropping rhymes
I've been arrested seven times
I know that sounds like a lot
But three of those times were for vandalism
I feel real bad, I got caught
I might do it again, probably not
I'm not here to make pretenses
I'm here because of my sex offenses

I'm Sam Pound, I'm number one
Apologizing for what I've done
Case you're wondering what that was
I snuck into a bath room and I fisted my cuz
I held her down and watched her struggle
Then played with her melons because I like to juggle
I’m not here to eat eats those truffles
I'm just here to do the sex offender shuffle

Hey everybody I'm Laura Hughes
Proving that girls can do it too
And by it I mean touch your cousin
Was it worth it? No, it wasn't.
You won't find me in your child's play set
'Cause I gotta wear this ankle bracelet
I'm not here to go on a bender
I'm here because I'm a sex offender

Last name Burmholdt, first name Marc
I'm moving in somewhere on your block
Not in a house, but in a van
If you need me to move it, I sure can
The last thing I want is any trouble
I've learned my lesson from the sex offender shuffle

[Okay real quick, I-I'm not like these people, okay? This is an extortion plot by my ex-wife, who's the only witness, and she's trying to take away my kids and if]

The State of Florida has asked us to
Disclose our sexual crimes to you
We were bad, but now we're good
We're moving into your neighborhood
We're obliged to admit
The crimes of which we were convicted
We're not here to start no trouble


We're legally required to do the sex offender shuffle 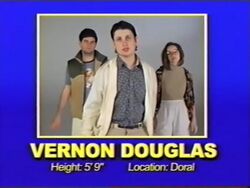 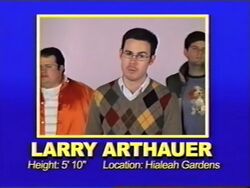 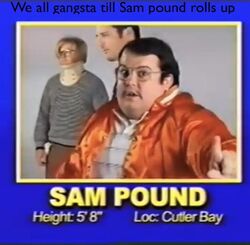 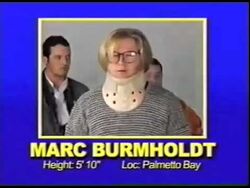 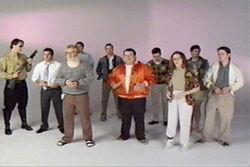 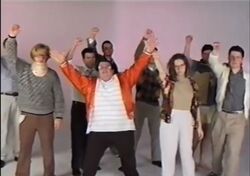 Sex Offender Shuffle
Add a photo to this gallery

Retrieved from "https://villainsong.fandom.com/wiki/Sex_Offender_Shuffle?oldid=25020"
Community content is available under CC-BY-SA unless otherwise noted.