Send in the Clowns

Send in the Clowns

"Send in the Clowns" is a song from the 1973 musical A Little Night Music originally performed by Glynis Johns and later popularized after Frank Sinatra performed his own version in the same year. While the song wasn't originally villainous, it is prominently used in the 2019 film Joker. It is sung first by the Wall Street Three while they mock and intimidate Arthur Fleck for his disability, and later used as a theme for Arthur's new identity as Joker and for the revolution he inspires, Sinatra's version appears later in the film's end credits.

Isn't it rich?
Are we a pair?
Me here at last on the ground,
You in mid-air,
Where are the clowns?

Isn't it bliss?
Don't you approve?
One who keeps tearing around,
One who can't move,
Where are the clowns?
There ought to be clowns?

Just when I'd stopped opening doors,
Finally knowing the one that I wanted was yours
Making my entrance again with my usual flair
Sure of my lines
No one is there

Don't you love farce?
My fault, I fear
I thought that you'd want what I want
Sorry, my dear!
But where are the clowns
Send in the clowns
Don't bother, they're here

Isn't it rich?
Isn't it queer?
Losing my timing this late in my career
But where are the clowns?
There ought to be clowns
Well, maybe next year 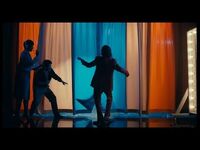 A Little Night Music (1973) Send in the Clowns
Original

Send In The Clowns (From ‘A Little Night Music’)
Frank Sinatra

Send in the Clowns
Barbra Streisand

Send in the Clowns Creepy Joker Version
L'Orchestra Cinématique
Add a photo to this gallery
Retrieved from "https://villainsong.fandom.com/wiki/Send_in_the_Clowns?oldid=27314"
Community content is available under CC-BY-SA unless otherwise noted.