"Reviewing the Situation (Reprise)" is the final song in the stage musical Oliver! and its 1968 film adaptation of the same name. It features Fagin considering reforming until he is approached by his protégé Jack Dawkins, a.k.a. the Artful Dodger.

Can somebody change? Possible
Maybe it's strange, but it's possible
For my dearest companions and treasures
Have left them behind
I'll turn a leaf over
And who can tell who can tell what I may find

[Yes, young man?
And do I ha]ve the honor of your acquaintance?
Lined?

[Only the best. Lovely workmanship, ain't it?]

Once the villain, you're a villain to the end

Am I your partner?

Together 'til our dying day

The living proof that crime can pay

I think we'll have to think it out again! Hey! 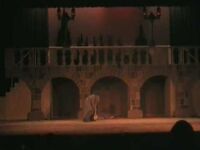 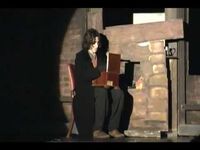 Retrieved from "https://villainsong.fandom.com/wiki/Reviewing_the_Situation_(Reprise)?oldid=13461"
Community content is available under CC-BY-SA unless otherwise noted.