Theatrical Song
"Epiphany" is a song from the musical Sweeney Todd: The Demon Barber of Fleet Street and its 2007 film adaptation. It features Sweeney Todd singing how he's was about to get his revenge on Judge Turpin.

But the work waits!
I'm alive at last!
And I'm full of joy! 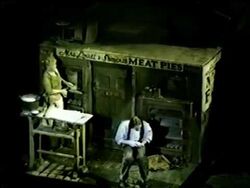 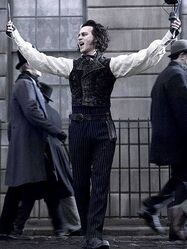 Retrieved from "https://villainsong.fandom.com/wiki/Epiphany?oldid=22727"
Community content is available under CC-BY-SA unless otherwise noted.