"Clods" is a fan song based on the animated series Steven Universe made by the internet music artist Princess Rizu. It features Peridot singing about how much annoyed is by the constant interference of the Crystal Gems in her work.

It was performed by Princess Rizu herself.

How dare you interfere with
Everything that I've worked for?!
I didn't ask to deal with
The lunacy of you four

I don't deserve the anguish
You clods keep piling on me
Why can't you mind your business?
And stop destroying my things!

But I'm not giving up just yet
I'll get you back, and they'll forget
That catastrophic failure
And how I lost our jailbirds

You Crystal Clods, oh, just you wait
I'll serve your gems upon a plate
Won't Yellow Diamond be pleased?
Don’t underestimate me

One time! That's all I ask
Leave my things alone and let me finish my task
Every single day my stress grows higher
Your nonsense is making me sick and tired
No matter what I do, some clod denies me
Even my allies haven't bothered to find me!
I'm stuck, footless on this hunk of dirt
But soon, you clods'll be the ones getting hurt

You should be getting frantic
'Cause we'll deracinate you
Sure, I might seem pedantic
(That means I'm smarter than you)

Of course this happens to me
It figures, that the smart gem
Who actually works hard
Gets dipped head-first in mayhem

I don't know how, but mark my words
Whether it's me or them who hurts you
Really, it won't matter
When you're lying on a platter

Enjoy your freedom while you can
'Cause your demise is in our plan
We'll shock you like a lightning rod
You Crystal Clods! 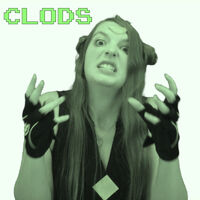 Clods - A Steven Universe Inspired Original Song
Add a photo to this gallery
Retrieved from "https://villainsong.fandom.com/wiki/Clods?oldid=15296"
Community content is available under CC-BY-SA unless otherwise noted.