"Cape Feare (Medley)" also known as simply "Cape Feare" is a medley formed by various songs of the 1878 humorous operetta H.M.S. Pinafore that appeared in the season five episode also named "Cape Feare" of the animated television series The Simpsons. In the episode, Bart asks Sideshow Bob, as his last request before he kills him, to be a representation of the operetta's entire soundtrack to distract him and gain time so he can arrive at Springfield safe.

It was performed by Bob's voice actor Kelsey Grammer, with a small intervention of Bart's voice actress Nancy Cartwright.

[Well, you have such a beautiful voice.]
[Guilty as charged.]
[Uh-huh. Anyway... I was wondering if you could sing the entire score of the H.M.S. Pinafore.]
[Very well, Bart. I shall send you to Heaven before I send you to Hell!]

[And a two and a three and]

We Sail the Ocean Blue,
And our saucy ship's a beauty.
We're sober men and true,
And attentive to our duty. 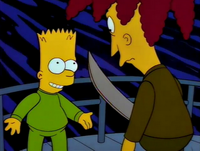 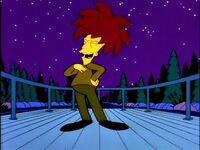 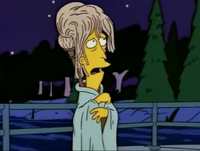 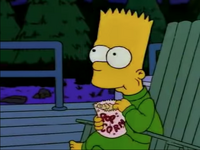 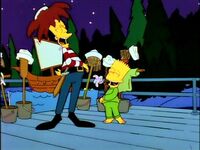 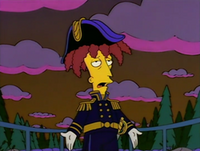 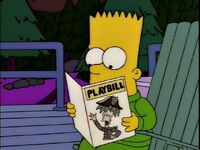 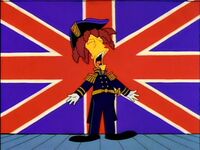 Retrieved from "https://villainsong.fandom.com/wiki/Cape_Feare_(Medley)?oldid=20621"
Community content is available under CC-BY-SA unless otherwise noted.