Theme Park Song
"Burrow's Lament" is a song from Disney's attraction, Splash Moutain based on the controversial 1940s film Song of the South. It features the Mother Possum and Rabbit warning their children of Br'er Fox.

Performed by a female chorus.

Old Br'er Fox has got his way

In the Laughin' Place this very day 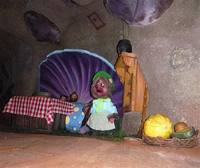 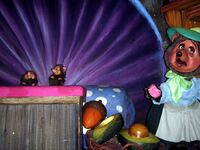 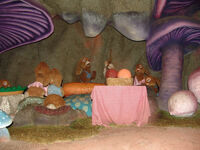 Retrieved from "https://villainsong.fandom.com/wiki/Burrow%27s_Lament?oldid=26103"
Community content is available under CC-BY-SA unless otherwise noted.